I believe in our boys until we are mathematically eliminated 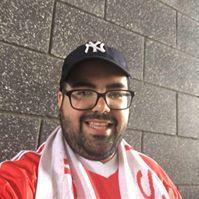