The Rangers will win the 2017 Stanley Cup. It's a foregone conclus 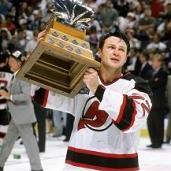