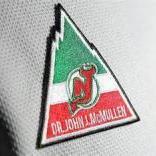 By Antiquated Colorado Rockie,
December 15, 2017 in The Locker Room