GDT: The Devils of New Jersey vs The Predators of Nashville 8pm MSG 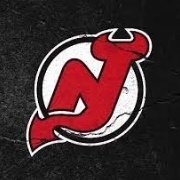